Are you guys stuck with the question of choosing between a conventional monitor and a gaming monitor? When you guys are spending a huge amount of time in front of the display then this question is of higher importance than anything.

Conventional monitors are only about simple displays with a simple application running on them. While gaming monitors are all about the graphics, resolution, and details that will be game-driven.

All of this depends upon your needs and learning the main difference between a monitor and a gaming monitor. Therefore, we have conjured up an incredible guide just for you in order to help you make the right decision between gaming and a conventional monitor.

Main Difference Between a Monitor and a Gaming Monitor

Let’s get straight to the point of this guide, in order to get a crystal clear view about which is the best monitor out there you need to have a sound understanding of the main differences between a normal and a gaming monitor.

Here is the straightforward table, which helps you understand more precisely the main difference between the two options:

As mentioned above, every monitor is not a gaming monitor. Gaming Monitors need to deliver high-end graphics to their users. Gaming is all about video, details, and higher fps, when these points are delivered to you guys then all of this is possible with a gaming monitor.

Let’s look at the features that make the best gaming monitor:

So now we have given a perfect list of gaming and conventional monitors, we can now easily move towards the differences between these two main categories of the monitors. These key differences will make your selection quite easy and will help in all dimensions like specs, price, movement, and extra features. Now, this guide will move towards the features of a gaming monitor and a conventional monitor which you guys need to look out for:

What Makes The Best Gaming Monitor?

Now that you’ve looked into the main features of an ideal gaming monitor, let’s discover these specs in detail and check out how a gaming monitor is designed.

Gaming monitors are all about the size and best resolution ever possible. These special monitors are built with top-of-the-line screen sizes which are capable of delivering a high-end experience.

The whole screen of these gaming monitors is a great package overall. Covering more real estate in the display department a gamer shall require a minimum of 27” screen size. Screen size is of pivotal importance in the section of gaming monitors. More graphics-intensive games can be played with a larger screen with more depth and immersive vibes.

Nowadays curved gaming monitors have uplifted the scene overall and manufacturers like Samsung and Gigabyte have already established these special monitors. These gaming monitors are quite far ahead in the race, as conventional monitors only support an FHD display in them which would not deliver according to the needs of the gaming environment. Acquiring a gaming monitor with good resolution and better screen size will be the perfect combo here for your gaming career.

A great feature for these gaming monitors for sure. Design language is the main difference between a monitor and a gaming monitor. Gaming monitors are perfectly designed with sleek design, curves and edges. These special monitors are well crafted for gaming and overall focus for these screens are on the graphics and pixels density ratio.

Now there is a huge tilt towards the curved screens which deliver the unbinding revolutionary display of the gaming environment. Curved design screens are becoming much more popular among gamers as the Samsung gaming monitor Odyssey is quite big enough that there is no need for a second gaming monitor.

Refresh rate has a great part to play in the gaming monitors especially as the gaming adventure requires more screens for the display center. Higher refresh rate means a great immersive gameplay with high-end details provided at your desk. All of those conventional monitors are equipped with low refresh rates as they don’t have to experience such high intensity graphics rendering.

A gaming monitor comes equipped with a great amount of input ports for video. These gaming monitors can connect multiple sources like gaming PC, consoles like Xbox and PS. These special monitors now have a good amount of USB-A and USB-C type ports which will surely enhance the gaming experience overall. Input ports are quite important for gaming as well. When console gaming is done then we can simply connect our controllers with the gaming monitor.

HDMI and Video ports are quite helpful in delivering the high end quality picture on the screen and allowing the user high end display as well. Wireless connection is avoided for this case as we need a high performance on the go. WIth gaming monitors there are now ways to manage your wires with the available ports.

Features of the Best Simple Monitor

Now, let’s disclose all features that a customary monitor comprises to make it the best for performing regular and office tasks effortlessly.

These conventional monitors have quite a bit of weight on them. These are bulky units and the overall body is quite studious and not at all curvy. These monitors have thick bezels around the corners. These monitors mostly comprise of LED technology while some of the previous generations still support the LCD panels.

The overall weight comes from the body and panel for these conventional monitors while in the case of gaming monitors we have a lighter chassis and overall minimal bezels which gives the infinite wide display for you guys. An average conventional monitor will weigh around 30 pounds which makes them less user friendly to move around.

These conventional monitors have a decent amount of response time as these screens will be employed for official and daily tasks.

The normal response time delivered by these general desktops screens is around 5 ms. Performance is not the main goal in the employment of the general screens. Official works do not require fast response times and do not demand high color contrasting screens on the go while a simple display would suffice all of that.

Conventional monitors are regularly employed in offices and home workspace, here is the list of tasks which are being done using the screen:

All of these tasks are quite simple and less demanding in terms of graphics and response time. A conventional monitor with decent response time would be awesome for you guys.

Resolution and Aspect Ratio go hand in hand in the display department. Aspect ratio lets you have the detail of the picture as this is the ratio between the width and height of the screen. These conventional monitors work best with 16:9 aspect ratio. Most of the screens are equipped with this aspect ratio, this will work best for them for video, pictures and even official work stuff as well.

Let’s get the final words out for this long discussion about the difference between a monitor and a gaming monitor. Well, you can never have a perfect combination in any monitor but still if you guys are into gaming and want the best graphics delivered to you then a gaming monitor would suffice.

Gaming monitors will give the best resolution and aspect ratio for your gaming adventures. OLED and LED panels will surely deliver you the best of both worlds and give you the bang for your bucks.

If you guys want a simple monitor for your office and house station then a conventional monitor with decent resolution will get you things done. Now curved monitors have established themselves in the market. One should definitely go for them if you guys are working with a decent budget overall.

What is the difference between a gaming monitor and a simple monitor?

The main difference between a gaming monitor and a simple monitor is in the display, resolution, response time and refresh rates. Gaming monitor is all about the crisp graphics and the pixel density while a regular monitor only serves best for your daily tasks like official work, watching videos and web browsing.

Can I use my gaming monitor as a regular monitor?

Yes, you can use your gaming monitor as a regular monitor. Gaming monitors have the best display power with its great resolution screen, lower response time, and jaw-dropping high refresh rates which are only possible with gaming monitors.

Can I connect my Gaming Monitor with gaming consoles?

Yes, you can simply connect your gaming monitor of higher graphic capabilities with your gaming consoles with HDMI wire. Gaming monitors are built for gaming adventures and one can surely have the ultimate gaming experience with such a combination.

Is a 60Hz monitor Good for Gaming?

Yes, this type of gaming monitor would suffice a quite good amount of games. These games will be played decently for medium settings and this compromise would be inevitable.

Can any monitor be used as a gaming monitor?

Yes, any monitor can be used for gaming purposes but the outlook of the game will be damaged severely. These monitors will have high response time and low refresh rate which will be a compromise overall. 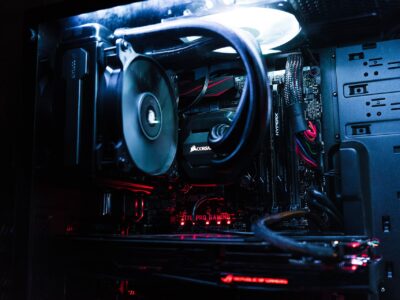 The Ultimate Guide For Every Gamer : How Much Would it Cost to Build a Gaming PC?