If you were born in the 2000s, you might not have even heard about Toshiba laptops. The truth is; Toshiba has lost its touch. Even though Toshiba is the first manufacturer that created a commercially available portable computer i.e. Laptop, the brand has just sort of, died.

The manufacturer ruled in the budget laptops world, but, by the mid 2000s, Toshiba finally toppled. And after some struggling years, the brand finally gave up in the laptop market in 2020. During its time, Toshiba proved to be a stiff competition for the top manufacturers in the laptop industry. And today, we’re going to figure out whether Toshiba laptops are any good, and can they play games? Stick around and read the rest of the article. Take a look at what we’ve got:

Founded in 1875, the Japan based multinational conglomerate; Toshiba has been a leader in designing and building innovative technological solutions of all kinds. From Consumer devices to Industrial grade solutions including Electric and Electronic equipment, Toshiba makes it all.

Like most Japanese products, Toshiba gained its popularity by putting out one of the most reliable and innovative products in the world. Toshiba’s LCDs and Semiconductors are what really helped put the brand Toshiba International Corporation on the map.

Toshiba was also the first manufacturer to build a consumer laptop back in 1985. This is what inspired other tech giants to create portable PCs. They really started getting into creating budget, household and just reliable laptops for everyone. Soon, they had created a whole lineup of laptops which were built under a bunch of different categories and suited everyone. There wasn’t really a gaming laptop brand from Toshiba, but just as a reminder, let’s go over what gaming laptops are:

Normally, we wouldn’t be going over this again, but if we’re talking about Toshiba Gaming Laptops, an introduction to these machines are necessary. So, here goes:

Gaming Laptops are purpose built laptops that are designed keeping one word in mind; Performance. These laptops come with the latest and the greatest specs available on the market, have crazy designs, and high resolution screens that put out some pretty decent refresh rates. But how much performance are we really talking about here?

The number 1 thing these things kill at, is having great specs. Manufacturers sort of overbuild these rigs. And it makes total sense when you look at modern games. The minimum system requirements of these AAA games are getting more and more tough to fulfill. To deal with that, gaming laptops utilize the latest Processors, GPUs and RAM available on the market.

A gaming laptop, that is capable of running titles like GTA V, Forza Horizon 4 and Assassin’s Creed Valhalla, should at least have an Intel Core i7-11800H or an AMD Ryzen 7 5600H, running at least 3 GHz. Without these, you’ll struggle to run anything from this era. So, that’s the first thing that defines a gaming laptop, a powerful CPU.

Although an unconventional requirement, the screen is another thing that sets a gaming laptop apart. To experience your GPUs performance and the sharp graphics modern games have to offer, you need a decent screen. A gaming laptop should have an FHD screen with a refresh rate greater than 60 Hz. Anything lower than that wouldn’t let you enjoy your game’s modern graphics or have a smooth gameplay. The size can be anywhere between 15.6” and 17.3”.

We won’t go into much detail here, but these two factors are the definition of gaming laptops and what sets them apart from normal laptops. Now that we know what gaming laptops are, let’s figure out if Toshiba laptops are good at gaming:

What Toshiba has to offer in the laptop industry

We scoured the market for the best Toshiba Laptops, and bad news on that front. There aren’t really any high performing laptops from Toshiba that can run games. We didn’t find any laptop that has a dedicated GPU or a super fast CPU. Take a look at what we found:

You’re probably wondering: what is Dynabook? I thought we were talking about Toshiba. Well, Toshiba is now Dynabook, at least the Laptops are. The Tecra A50 is the perfect example of what this Japanese company is based on; budget, low performing, entry level laptops for everyone.

The Tecra A50 does have a decent CPU; an Intel Core i7 11th Generation processor that can turbo boost up to 4.7 GHz. But, the lack of a dedicated GPU is a real disappointment. You can’t run any games on this thing. A 32 GB DDR4 RAM is great as well. A massive 1 TB NVMe SSD is a cherry on top. The screen has terrible resolution; with 1366 x 768, it barely puts out HD resolution, and the refresh rate is not even worth mentioning.

The Satellite P55W is a relatively older machine. The processor is an Intel Core i7 6th generation. That is terrible for gaming. And what’s even more disappointing is the integrated Intel HD Graphics 520. With 8 gigs of DDR4 it would be able to handle everyday tasks. The storage is again a disappointment; a traditional 1 TB Hard Disk Drive. The screen and the convertible-ness is the only good thing we found in this rig; An FHD 15.6” Touchscreen that can fully rotate.

Surprise! We saved the best for the last. The Dynabook Satellite Pro L50 is the only Toshiba laptop that has a dedicated GPU and can run some AAA titles, just not from this era. The CPU is decent; an Intel Core i7 10th generation processor that can boost up to 4.8 GHz. The GPU is a DEDICATED Nvidia MX250 that has 2 gigs of GDDR5 VRAM. Not impressive but come on, that’s like the only Toshiba laptop that has a dedicated GPU. With 16 GB of DDR4 RAM, this thing can handle some pretty decent multitasking. A 512 GB SSD is there for your storage needs. The screen is good; a 15.6” FHD screen.

So, now that you have an idea of what Toshiba Laptops are, you might be wondering if they can run games:

So, are Toshiba Laptops good at gaming?/Conclusion

Well, considering what modern AAA games require these days, the answer’s no. Toshiba laptops are not good at gaming. The first thing you need for gaming is a dedicated GPU, and apart from the Satellite Pro L50, none of the laptops from Toshiba have dedicated GPUs.

They use Integrated Graphics from Intel which cannot run any games, at all. The CPUs, if you go for the relatively newer models, are good. You can expect decent processing speeds from these laptops. But the GPUs are a real let down. And it’s such a shame that a brand once so successful in the laptop industry has completely lost touch with its users.

So, if you’re looking for a gaming laptop, Toshiba is not someplace you’re gonna find one.

Dynabook is the new name for Toshiba Laptops. The name was changed shortly after the electronics company Sharp bought 80 % of Toshiba.

What were the Toshiba Tecra Series laptops intended as?

Toshiba’s lineup included a bunch of different series. One of them was Tecra. Tecra is aimed at Businesspeople. Other series include: Satellite, Qosmio, Portege, and the KiraBook series.

The Japanese conglomerate is known for making one of the most reliable and durable products in the world, and that includes their laptops. Toshiba laptops were really durable, and can last for years.

If you have any further questions or suggestions for us, please let us know in the comments below:

When & How should I upgrade Gaming Laptop 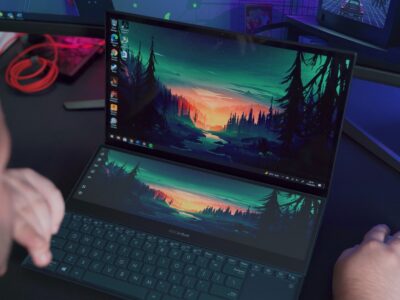 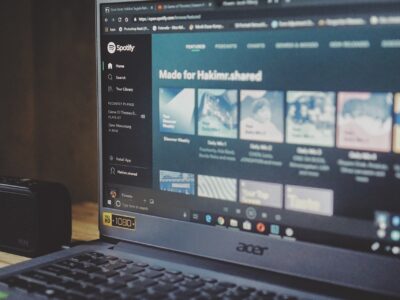 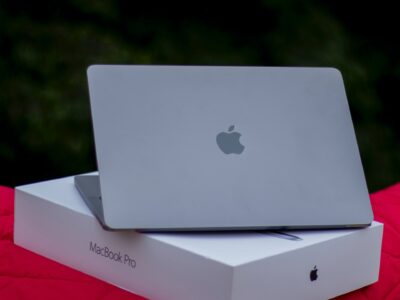