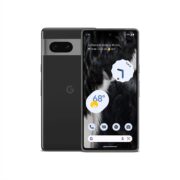 The Google Pixel 7 is Google’s most recent attempt to compete in the primarily Samsung and Apple-dominated global smartphone industry. Contrary to last year’s Pixel 6, which was the first device to use Google’s in-house Tensor processing and a new design, the Google Pixel 7 is a modest advance.

After previewing them earlier in the year, Google has officially unveiled its most recent lineup of premium smartphones. Here is all the information you need to know about the Google Pixel 7, including its main features and cost.

A prototype Pixel 7 Pro that had been bricked revealed that it had a Samsung display from a more recent generation, suggesting that there could be some minor year-over-year improvements. Nevertheless, there isn’t any direct evidence of such happening in the launch event documents.

The Google Tensor G2 CPU and 6.3-inch OLED screen on the Google Pixel 7 have a refresh rate of 90Hz. A 4355mAh battery, a dual camera on the back with a 50MP main sensor, and a 10.8MP front selfie camera round out the specifications.

The Pixel 7 series appears to have a similar look to the Pixel 6 aside from these modifications. It has a glass back guaranteed to be glossy, just like the previous generation; a USB-C connector is located on the bottom edge, while the power button and volume rocker are on the right edge. Except for the SIM tray, the phone’s left edge is featureless. The smaller model’s screen is flat, while the larger model’s screen is curved. Both phones include Gorilla Glass Victus glass on each side and are IP68-rated for dust and water protection.

The brand-new Google Pixel 7 is available for pre-order. The 128GB edition of the gadget has a starting price of $590.

Despite a small improvement over the Pixel 6 from the previous year, the Google Pixel 7 highlights Google’s strategy for mobile devices. This indicates that Google intends to compete with Apple and Samsung by lowering its prices, releasing exclusive software features, and emphasizing camera quality.

Once you have gotten an opportunity to test the Pixel 7 and determine how much of an improvement it actually is over the Pixel 6, you will know more.

Here is the detail of these amazing features of Google Pixel 7,

Much of what Google incorporated into the Pixel 6 is carried over to the Google Pixel 7. At first sight, it appears to be quite similar to the Pixel 6, but for minor differences in the camera visor or bar (or whatever you want to call it). Fortunately, this ensures that the visor-like rear camera will continue to be a design staple. Despite this, the glass’s two-tone pattern has regrettably vanished. A slightly different sheen of color above the camera bar in the Pixel 6 and 6 Pro gave a pop of color.

Pixel 7’s camera ring is undoubtedly its most appealing feature, but it has a charmingly rounded shape. Google has paid care to develop an organic feel that makes the phone simple to grip, the screen is attractively curved, and the camera band rises gently from the phone’s frame.

The Google Pixel 7’s 6.3-inch screen is smaller than the Pixel 6’s 6.4-inch screen but larger than the Pixel 6A’s 6.1-inch screen. It appears to be rather simple to use with one hand. Nothing else has changed in this department; Pixel 7’s screen has the same 2,400×1,080-pixel resolution as the Pixel 6 but with slightly more pixels per inch (416 against 411 PPI) due to its smaller size. The OLED display, like its predecessor, can be boosted to 90Hz for better scrolling.

There is another big distinction on the Google Pixel 7’s front. Face unlock is now supported by the selfie camera, which has been upgraded to 10.8 megapixels from 8 megapixels on the Pixel 6. Face unlocks are less secure than the Pixel’s under-screen fingerprint sensor or a PIN. As a result, face unlock is positioned as a more convenient way to unlock your phone rather than an authentication mechanism for payments and other sensitive duties.

The snow Google Pixel 7 has a glossy white body, a metallic, matte camera bar, and matching borders. The redesigned design of the camera bar helps it stand out more and highlights the camera lenses. The lenses in the Pixel 6 appear to merge with the camera bar itself.

The phone’s rear has also been updated. The Pixel 7 and 7 Pro share many similarities with their older brothers’ design language, but they each include a new metal camera bar that is more noticeable than the Pixel 6 models. The Google Pixel 7 will be offered in three colors: black, white, and a delicate yellow known as obsidian, snow, and lemongrass.

During our hands-on time with the Google Pixel 7 Pro, the 6.3-inch display looked fantastic. The user interface met our expectations for its responsiveness and fluidity. The screen has a peak brightness of 1400 nits and can run at 1000 nits, which is incredibly bright and slightly less intense than the Google Pixel 7 Pro.

There is no denying that the screen of the Google Pixel 7 Pro is superior. It may update quickly, achieve a brighter peak, and is crisper. Despite this, the Pixel 7 still has a fantastic design. It uses an OLED display that is crisp, clear, and colorful but does not employ the same LTPO panel for an always-on mode.

The screen is not overly big, and the bezels are virtually invisible. We would still purchase a protector for the glass even though it is Corning Gorilla Glass Victus, which offers good damage prevention.

Even if you didn’t snap the picture using the Google Pixel 7, Google grants the Google Pixel 7 the ability to edit pictures in your Google Photos library. We’re eager to apply Google magic to our old portraits to remove blur and sharpen faces, but since this feature is only available for usage on the phone, it won’t be a Google Photos tool for everyone.

Pixel 7 is equipped with Android 13 – the latest complete release of Google mobile OS. Except for its regular Pixel Feature drops, which occur many times a year, Google is unlikely to make significant changes to the UI itself. Pixel 7 resembles phones that advertise a “bare bones” Android experience quite a bit.

This phone should have no trouble running Android 13 because of its powerful Tensor G2 chipset, which has been improved for graphics this time. During our hands-on time, it was quick to navigate through interface screens and launch many apps simultaneously. In order to swiftly modify the phone’s appearance, we had no issue swapping themes.

The Google Pixel 7 should be able to almost live-transcribe speech because of the Tensor G2 chip’s faster and more accurate speech recognition capabilities. In addition, Google promised to provide speaker identification in speech transcriptions. Both of the new Pixel phones have that feature and other AI capabilities.

If you’re looking for an Android phone that can do it all without sacrificing style or performance, then the Google Pixel 7 should be on your list of options.

While the Google Pixel 7 isn’t perfect, you should consider buying it for many reasons. If you’re looking for a phone with great performance and a large screen while still being affordable, this is one of the good choices.

Q: What are the disadvantages of Google pixel?

No charger is included.

The new Samsung phone, though, triumphs in enough categories to negate the advantages of the Pixel 6’s lower price and superior mobile camera. The Galaxy S22 has the best performance of either phone, the best display, and a superior design.

Q:  Why are Pixel phone cameras so good?

There are a lot of factors that make Pixel smartphones good photographers. Ideal sensor sizes, low aperture, and high-quality camera sensors. With AI specifically created for image processing, the Pixel Visual/Neural Core. Finally, Google Camera is one of the company’s most notable software creations.

Your fingerprint information is safely stored on your phone and never leaves it. Face unlock on the Google Pixel 7 employs facial recognition software that is handled locally, so no data about your face is ever sent to the cloud or given to third parties.

Yes, thanks to its ergonomic design, it is comfortable to grip.

Instagram Down- Accounts Suspended Due To Bugs- #Instagramdown Top Trend