As a result, you may keep this specific question when shopping for a gaming keyboard. Why should gaming keyboards have to be wired? Is it possible to game with a wired keyboard? So no need to rush since we’ll address these questions, as well as everything else you need to know about this topic, today. So lets get straight to the question are wired keyboards good for gaming or not?

However, wireless technology has progressed significantly and can now compete with their wired equivalents in terms of performance. Ultimately, the decision comes down to your own gaming demands and, of course, your bank account.

Therefore, look at the following entire content of this post so that you can decide whether a wired or wireless keyboard is preferable for gaming or desk jobs.

Why is there a Wire with Gaming Keyboard?

The polling speeds are faster and the input lag is lower with wired keyboards. Wired mechanical keyboards are among the best-performing gaming keyboards. A wired keyboard is the way to go if you don’t want to worry with latency, interruption, or battery life.

The vast majority of gamers who aren’t worried about cords in their system utilize a wired gaming keyboard.

Although wireless keyboards can save you money by removing the cord, they take up space of your personal gaming furniture.  Furthermore, wireless technology was susceptible to interference and, of course, ran out of battery. But things have changed quite a lot as we are moving forward in the years of technology.

Here is the list of pros of acquiring a gaming keyboard for your gaming rig.

The advantage of using a wired keyboard is its robustness. There’s really no reason to believe that, unlike with the wireless alternative, there’ll ever be any form of interference. Despite the fact that wireless technology has evolved significantly, I nonetheless believe that cable is ahead in quality of handling the latency issues. but we still give this thought to the wired gaming keyboard..

Another advantage of using a wired keyboard would be that, because these keyboards were there at the start of the whole scene, manufacturers have refined the aesthetic and design with time. Designers have the ample amount of time  to figure out how to save money while still giving the consumer a well-designed keyboard at a cheap cost. As a result, I believe the wired keyboard is the real winner in the overall build quality and price tag.

So let’s just move on to the most noticeable cons of the wired gaming keyboards:

A major downside of the cable keyboard is that if God forbid some kind of accident happens and they do occur, and your precious little cord that connects the keyboard to the computer, gets damaged somehow you have to buy a new one. This major con seriously damages the whole scenario of your gaming vibe and routine. Buying a new one is the ultimate solution to this problem.

The basic disadvantage of having a wired keyboard is the limited mobility and you can never enjoy gaming on your couch. Nowadays games are being played in every age group and sticking to a chair is not possible for all of them. So lets be honest and fair about it you got limited motion back of your mind always.

Here are some of the main advantages of the wireless gaming keyboard. Our experts have gathered the best benefits just for you guys so that you may have a crystal clear intent.

The portability is one of the main advantages of utilizing a wireless keyboard. If you’re going on a trip, you can easily transfer the keyboard from room to room or carry it with you. There is a list of reasons which is why you need to get one of these wireless gaming keyboards.

Wireless keyboard whether its gaming or not lets you experience the ease and portability at its best. You can move around the whole domain of your gaming setup by laying on the couch and gaming through your big HD screen. You can always employ your wireless keyboard with your TV screen as well to hop around apps and perform all the necessary functions quite leisurely.

Cons of a Wireless Gaming Keyboard

Gamers of this era are highly competitive and want everything to be best around themselves. Performance does get affected when you don’t have the proper set of gears around yourself to accelerate during the gaming adventures. Gaming while using wireless technology holds a few bumps which are latency and lag. When distance gets increased between a gaming PC and wireless keyboard from a modest manufacturer then there is a huge probability of having high latency issues.

It is a true fact for the gamers that wired gaming keyboards are best for gaming. As our previous heading leads to the conclusion of having the budget of acquiring a wireless gaming keyboard. Wired gaming keyboards have all the features of the new generation of peripherals but nowadays as twitch and steam have become a powerful platform for all of these gamers they need to maintain a profile. All of these blingy and colorful peripherals are out there to make a strong statement among their fans.

It is entirely up to the gamer to choose between a wired or a wireless gaming keyboard. Both of these keyboards have their own pros and cons at the same time but it all rests on your personal preference. If you guys want the freedom and want to play the games quite leisurely and have all the quirks and features of the latest tech wear then wireless gaming keyboard. If not, then acquiring a conventional wired gaming keyboard will be the solution to your query.

Are wired keyboards better for gaming or wireless?

Yes, wired keyboards are better for gaming as there is no lag and latency error with them. Wireless gaming keyboards have the quirks and features of all the latest tech but this technology still requires to gain the trust of the gamers in the future.

Do pro gamers use wired or wireless keyboards?

Are wireless keyboards as fast as wired?

Can I Play Games on a Non gaming Laptop? Get To Know About All the Games You Can Play

The best 5 Adblock Extensions For Chrome

Best Chairs For Your Office & Gaming in 2022: Comfort & Luxury in Right Posture 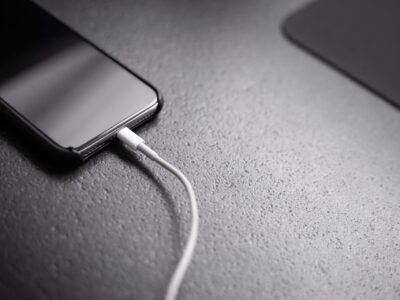 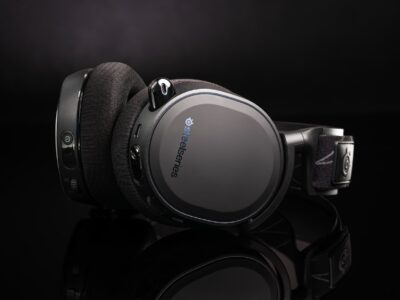