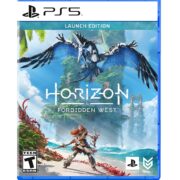 It can be daunting in its scope and size. As a player, you can feel it, but you need to complete several steps to see the full features of this game. When you uncover its map, you can find the giant arsenal of armor and weapons. It has a large number of passive buffs, special moves, and skills, but you need to unlock its revamped and expansive skills tree as well.

The gameplay and the story of Horizon Forbidden are based on a special character. We can say that this game originally focuses on the stories and characters and provides a certain adventure for its users. This game comes after the end of its predecessor Horizon Zero Dawn. Its DLC add-on was Frozen Wilds back in 2017.

In this in-depth review, I will explain the gameplay, story, features, character, weapons, and combat of Horizon Forbidden West. This blog also explains where you can buy this game. You can also find its strengths, drawbacks, story, character, and gameplay. This review is based on my personal experience and what I feel after playing this game.

Horizon Forbidden is published by Sony Interactive Entertainment for the PS4 and PS5. They released Horizon Forbidden West game two editions and both of these editions released similar data on February 18, 2022. This game is considered the second game of the Horizon series.

Horizon series’ first game was Horizon Zero Dawn while its expansion was DLC The Frozen Wilds. This game was released in 2017. Officially, Horizon Forbidden West was Released during the official event of Sony. Check out the review about Elden Ring Game as well!

Horizon Forbidden West is developed by the Guerilla Game. This game is huge and deadly. It is filled with hidden threats, awe-inspiring machines, and ancient ruins. In this game, a player is surrounded by danger while the population needs places to improve their gear by doing rest. Espen Sogn is a Lead Living World Designer at Guerilla. He explains in his interview how his team developed this game.

“When you walk through the Forbidden West, everything should feel like it belongs there. The Living World team at Guerrilla works on aspects of the game that make the world feel authentic and alive: the tribes, the settlements, and the people within them. There’s an intention behind everything we place within the world.”

Another senior writer at Guerrilla, Annie Kitain, also explains the process of the development of Horizon Forbidden West. The developing team always collaborates with the narrative team to determine whether a certain development is possible. “At the start of a project, we put a lot of thought into every tribe we’re going to encounter,”

It is important for the development team to make sure each and every aspect of the game works properly, they are responsible for each combat, weapon, and character, how they fit into the story, what the actual conflict is, and how these characters interact with the world around them.

They explained it as “Take the Tenakth, for instance. Many of their beliefs are influenced by the ancient ruins of the Forbidden West, and unlike other tribes, they’re three distinct clans. Their shared history, convictions, disputes—all of that is important to developing the characters that Aloy will meet on her journey.”

Espen explained that the main challenge that we face is how we can translate the narrative framework into visual forms. It’s hard and tough but we did it in the Horizon Forbidden West. This game comes with amazing visuals, stories, and characters. You can even find the emotional response of the character as well.

After the end of Horizon Zero Dawn, this latest Horizon Forbidden West continues the story of Aloy. A young and energetic hunter from the Nora tribe was sent on a certain mission. The destination of this young hunter is a mysterious frontier spanning Utah to the Pacific coast. The key purpose of Aloy is to find the source of the plague that can kill all the contaminants.

During the journey, she found the unexplored lands of the Forbidden west. She happenstances from various hostile regions occupied with deadly machines, dangerous enemies, and massive storms with natural threats.

In the Forbidden West, she has her old and new friends that always give weight to Aloy’s tasks. Aloy’s reaction towards their old friend looks cold, as she does not feel good with them. At some point, she gives them a slip but in the end, you can see that she sticks their old friends in one location to study. It happened during the complete game.

Her friends appeared in certain missions, so you can talk to them like you talked to your crew. However, she treats her circle of friends paradoxically. The game tries to save her with her friends’ help, but her friend’s coldness makes it difficult for her as she thinks she is the only one who can save the world.

Actually, when we observe it closely, she is right about her point. She is one who keeps their friends safe. At the same time, she spends a lot of time, even day and night, with various varieties of mecha Godzilla to save all of them. There is no doubt Aloy’s death means that everyone in the game dies.

In the latest version of the Horizon series, players can find a deeper and wider map compared to the previous one. It allows Aloy to explore more and more in the Forbidden West. Players can also ride on the flying machines that are available in the game. In the salvaged parts, you must engage in strategic battles against equestrian human enemies and huge machines using traps, gear, and weapons.

Underwater exploration is also included in the new version of Horizon; it allows players to expose the ambiguous surface of the rivers, lakes, and seas. In Horizon Forbidden West mission structure of the quest also best supports a variety of objectives with a compelling reward system.

Further, a new weapon system is also included in this game that provides the weapons at a workbench, at the same time, outfits are also available that give access to Aloy to wear new outfit-specific skills.

There are multiple weapons that you can find in the Horizon Forbidden West. Interestingly you don’t need to spend hard-earned resources, arena medals, and hunter medals to unlock these weapons. Most of the time, these weapons are awarded when you complete the Errand, Side Quest, and Main Quest or other activities you can find within the game.

However, if you open the interactive map, you may also find some free weapons. So you can use them within the game.

If you want to play Horizon Forbidden West, you require a good system with good specs. It is a high-end game, so you need a good PC or laptop with the following specs described in the table below.

This last Horizon Forbidden West game includes two major improvements. Now this game can support VRR with 120Hz mode. These features provide high-quality graphics for this game. Its Variable Refresh Rate allows the display to sync with the PS5 and PS4 consoles to reduce stuttering and eliminate screen tearing. However, this feature was not included when this game was released.

Now Sony has incorporated this feature since April 2022 the PS5 console. So finally, you can experience a high-quality display with Horizon Forbidden West.

FPS is based on the graphic you are using and what graphics you expect from the game. If your PC graphic is AMD, it has a different FPS, and if you have an Nvidia graphic card, it means you require a different FPS for better graphic results. However, if you have a recommended processor (Intel Core i7-6700K 4-Core 4.0GHz) with AMD Radeon RX Vega 56 8GB, you can expect 60 FPS at 1080p screen resolution for a high graphic setting.

If we compare the PC requirement of Horizon Forbidden West, this game requires a graphic card that has the ability to cover OpenGL 4.4. If you want to get the best visual graphical experience of this game, you should use at least 8GB GPU RAM. Remember, only top graphics cards allow you to play Horizon Forbidden West.

Horizon Forbidden West displays a fascinating and cohesive world with great use of animation. This game is a combination of character design, combat, and culture. If you are a gaming lover, this game is highly recommended for you.

It would be best if you had a PS5 or PS4 gaming console to play this game. You can find a number of characters in that game; you need to handle the main character of this game Aloy who explores the Forbidden West in a new way rather than in the previous version of the Horizon Series. The graphics of this game are also stunning.

Is it worth getting Horizon Forbidden West?

Yes, Horizon Forbidden West is worth it because we can see a lot of improvement in this latest Horizon Series. Now you can explore the Forbidden West with detailed biomes.

Is Horizon Forbidden West as good as Zero Dawn?

This latest Horizon Forbidden takes some much that Zero Dawn already has. But still, it has some more features that make it better than Zero Dawn. However, in the new version, this game continues the story of Aloy. So this is an interesting game developed by Guerrilla Games.

If you have played the Horizon Forbidden Game, you should have an idea that there is no clear end to this game, similar to Horizon Zero Dawn. So you can expect from the Guerrilla Game that they can set for another horizon game series. However, the Director of the Guerrilla Game also confirmed that a third horizon is coming.

This game is well-written, well-designed, and really fun to play. It is huge, with different types of locations and biomes.

Can I play Forbidden West without playing the first?

Yes, you can play Forbidden West without playing the first, but it’s better to play the first game. It will make your basis so you will enjoy more specs with the new one.

How old is Aloy?

Aloy is the main character of the Forbidden West; Aloy is a 19-year-old young hunter.

What is the recommended processor for Horizon Forbidden West?

Horizon Forbidden West’s recommended processor is Intel Core i7-6700K 4-Core 4.0GHz. This game can be played with a low processor, but if you want to play a smooth game, you need this processor.

How many hours will Horizon Forbidden West be?

When you focus on the key objectives of this game it will take about 28-30  hours. At the same time, if you are an experienced gamer and want to play a full specs game, it may take 85-90 hours to obtain 100% results.