GTA VI is one of the most awaited games, and almost every gamer was utterly waiting for it. However, it was the suspense about what characters would be there, what the game would look like, and many more things. In a recent leak, all the suspense is broken, and the characters are revealed. The major milestone in the video leak is a Female character that will be available in GTA VI.

A fresh rumored leak provides a deep glimpse at Rockstar’s next Grand Theft Auto 6 game, which is among the most awaited video games ever. Some 90 video snippets from the game were found by PCGamer in a GTA Forums thread by the suspected hacker themself, with debug coding and interfaces running to bolster the credibility of the accusations.

Intriguingly, the hacker claims to be responsible for the latest Uber attack, and they believe they obtained the footage by breaking into a Rockstar employee’s Slack account. The leaks themselves seem either genuine or like they were faked with such care and realism that they convinced a previously suspicious GTA Forums member audience.

A game video featuring characters named Lucia and Jason robbing a restaurant was posted on Twitter. This confirms rumors that a female protagonist would play a major role in Grand Theft Auto 6. Another clip has Jason chatting with two NPCs regarding the Grand Theft Auto 5 add-on, Life Invader.

Finally, a leaked video of GTA 6 gameplay hints that a strip club may also be included. According to rumors, the game takes place in Vice City, a made-up version of Miami. Vice City Police Department (VCPD) cars from Grand Theft Auto 5 are reportedly used in the beta version. It has been stated that the game’s voice acting and dialogue are reminiscent of Rockstar Games’ offerings.

On Forbes, Rockstar Games confirmed, “We recently suffered a network intrusion in which an unauthorized third-party illegally accessed and downloaded confidential information from our systems, including early development footage for the next Grand Theft Auto. At this time, we do not anticipate any disruption to our live game services nor any long-term effect on the development of our ongoing projects.

We are extremely disappointed to have any details of our next game shared with you all in this way. Our work on the next Grand Theft Auto game will continue as planned, and we remain as committed as ever to delivering an experience to you, our players, that truly exceeds your expectations. We will update everyone again soon and, of course, will properly introduce you to this next game when it is ready. We want to thank everyone for their ongoing support through this situation.”

Grand Theft Auto 6 game will include the first playable female Character and take place in the fictional city of Vice City. There was a party in Miami, as shown by the smuggled film. Over the weekend, one of the most sensitive data leaks in gaming history occurred when more than 90 videos and photographs from the long-awaited Grand Theft Auto VI were published online.

A person going by the handle teapotuber hacker uploaded the clip on GTA Forums and website, claiming to have gained access to it via hacking Rockstar’s internal business Slack stream and their servers. Video game creators suffer when sensitive details leak, but leaks also have the potential to harm the game’s reputation before it ever launches. Uninformed spectators frequently don’t grasp that it’s normal for in-production builds to appear poor until the last months of development and that they’re seldom reflective of the finalized game. Though these leaks are very hurtful for the developers and somehow fascinating for the gamers. 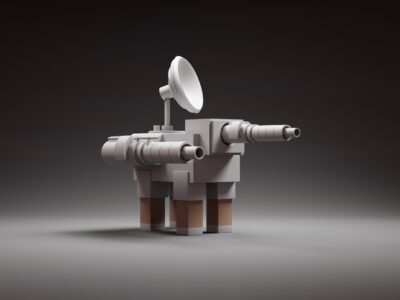