Last month, Netflix announced the launch of cheaper plans having ads from November 3 in the United States.

There will now be commercial breaks on Netflix. On Tuesday, Netflix’s ad-supported, more affordable tier launched in Canada and Mexico, and on Thursday, it will go live in the United States and eight additional countries. Spain will be included the following week.

Launching on November 3, the package will have four to five minutes of advertising each hour and will not allow customers to save episodes and movies for offline viewing. There will be a “small” selection of unavailable shows.

Today marks the launch of Netflix’s cheaper Basic with Ads plan in several countries; however, the Apple TV is not compatible with the service, so you won’t be able to watch any of the content right now. This is only a temporary issue that will be fixed soon.

Netflix has a help page up which states this explicitly. There are no explanations for why “Basic with Ads isn’t supported on Apple TV,” yet that is exactly what it states. Since Basic with Ads is also available on iOS devices, including iPhones and iPads, it seems unlikely that this is the consequence of a larger dispute between Apple and Netflix. A Netflix representative has told 9to5Mac that Apple TV compatibility is on the way.

Netflix’s approach of making episodes and movies accessible in ad-free binges has contributed to its meteoric rise to the position of the world’s largest subscription video provider. Netflix advertised itself as an alternative to conventional, commercial-filled television by promising viewers that they wouldn’t have to wait until the next week to see the next episode. Netflix spent years ignoring the idea of advertising its service as it grew into a behemoth by going against the TV industry norm.

“Account-sharing as a percentage of our paying membership hasn’t changed much over the years, but, coupled with the first factor, means it’s harder to grow membership in many markets — an issue that was obscured by our COVID growth”

Netflix said in a letter to its shareholders earlier this year

What Netflix is Looking for?

The release dates corroborate rumours that the ad-supported tier would debut in 2022, despite its prior promise that it wouldn’t appear until early 2023. When Disney+ finally releases its ad-supported plan on December 8 at $7.99 a month, the streaming behemoth will already have a month’s head start on its competition.

According to the Netflix website, the new advertising-supported tier will be accessible through the Amazon Fire TV, Android, Chromecast with Google TV, iOS, and a wide variety of gaming consoles and smart TVs. It’s possible that Roku and Xbox consoles were overlooked while writing the support manual. Neither Chromecasts before the Google TV model nor the PlayStation 3 are compatible. Ten years ago, the Sony system was the most popular device for watching Netflix.

It’s Netflix that’s falling behind the times. Apple TV Plus, Disney Plus, HBO Max, Peacock, and Paramount Plus are just a few Hollywood studios that have launched their competitive streaming services. And when they were being released, they included options that have now become standard, such as the ability to pay less if you watch advertisements. 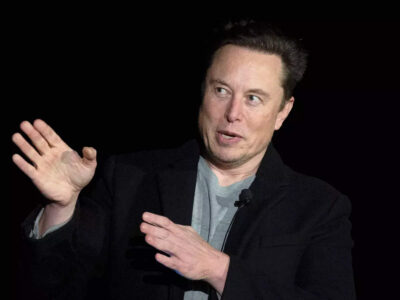